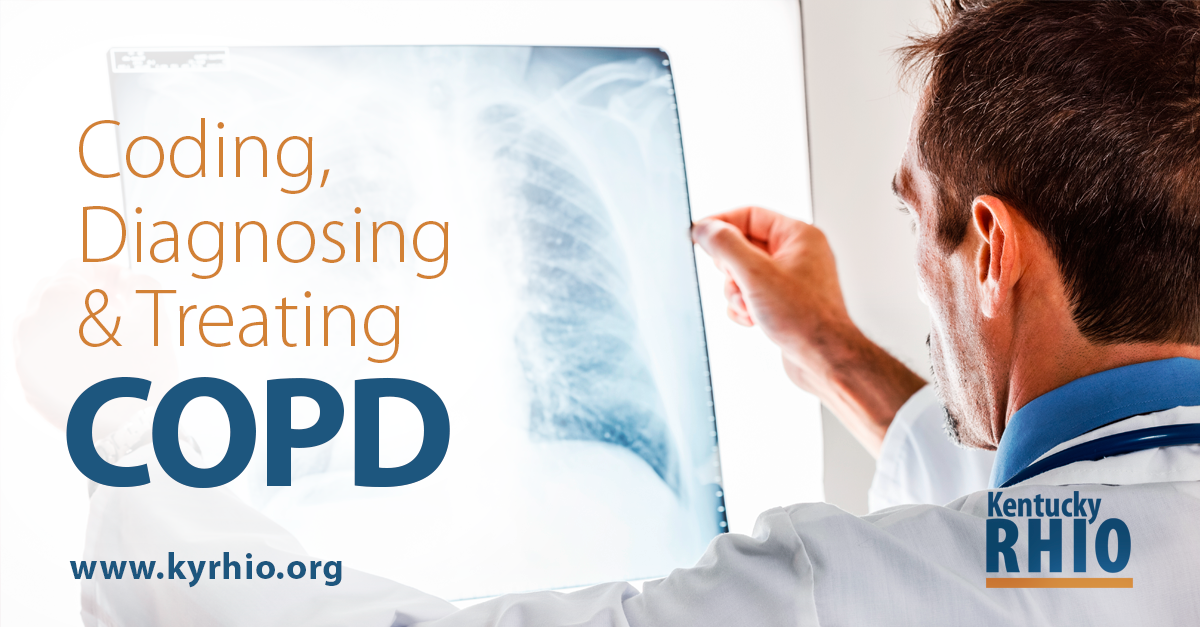 November is National Chronic Obstructive Pulmonary Disease (COPD) Awareness Month. An estimated 16 million Americans suffer from COPD and possibly millions more are likely to have the disease and not know it. Did you know that this disease kills more than 120,000 Americans each year? To put it in more realistic terms, that is one death every four minutes.

Improving quality of life and breathing better begins with early diagnosis and treatment of COPD.

COPD is an overall term for progressive disease of the lower respiratory tract. It is most commonly seen as chronic bronchitis and emphysema. It is characterized by the obstruction of airflow and interference with normal breathing. Four possible key risk factors are:

How do I code COPD?

Code only the symptoms when a definitive diagnosis is not made for COPD. The ICD-10 codes are more specific and have lesser inclusivity. The codes for COPD allow for clear delineation of the disease as either an uncomplicated case, or an acute exacerbation. However, if you have not updated the problem list with the appropriate codes, the specificity may have been lost.

For example, when reporting J44.0, remember to use additional codes to identify the infection. Do note that J44.1 also covers decompensated COPD, but excludes COPD with acute bronchitis. J44.- requires you to code also the type of asthma, if applicable (J45.-) Don’t forget that you may need to use an additional code such as Z77.22 (contact with and [suspected] exposure to environmental tobacco smoke [acute] [chronic]).

How is COPD treated?

COPD causes irreversible lung damage, but there are therapies beneficial in improving quality of life that include:

Do note that Medicare covers pulmonary rehabilitation for moderate to severe COPD.